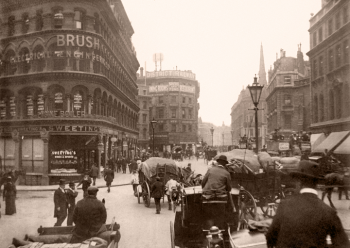 Mr Barfoot – owner
“I love Sweetings, which I bought from the wife of my very best friend, Graham Needham, who, unfortunately, after a very successful spell running it from 1979, died in 1993. His wife took over ownership and she sold it to me in 2000.  I am the fifth owner in its history and we are an institution in the City of London. We’ve gone through two World Wars and several financial upsets that life has thrown at us, but because of our reputation customers have stayed loyal to Sweetings.”